Working from home during COVID-19?

What you need to know about claiming deductions 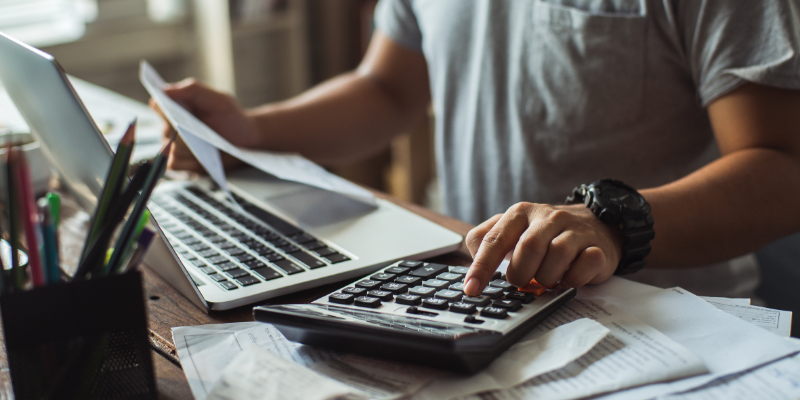 With the advent of new work arrangements arising from the COVID-19 chaos, I thought it might be timely to review the key rules for claiming deductions associated with working from home. After all, working from home is likely to be the new norm for thousands of Australian’s for at least 3 months in the current income year and, quite possibly, 3 months in the next income year.

The overarching principle, which I remind everyone, is what I have previously described as the ‘golden rules’ for deductibility. For an expense to be deductible, a taxpayer must:

Without traversing all those rules again, I do want to highlight one key point.

The reimbursement point may become a real issue in the COVID-19 environment. Reimbursement, if it occurs, could can take one of 2 forms – the employer might simply transfer the actual amount to the employee, in which case there would be no assessable income and no deduction, effectively a non-event as far as tax is concerned; alternatively, the employer might give the employee a lump sum allowance to cover the agreed deductible expenses, in which case the employee would return the allowance as income and claim a deduction using the principles set out below. In other words, if the allowance is more than the actual expenses, the difference is taxable income.

So what expenses are deductible when working from home?

– The work related portion of the following operating expenses may be legitimately claimed:
– Depreciation of home office furniture, fittings and equipment such as computers and desks.;
– The cost of heating, cooling, lighting and cleaning your home to the extent that the cost exceeds the amount normally spent if not working from home;
– The cost of repairing home office furniture and fittings;
– Home telephone calls;
– Internet access charges;
– Printer and printer cartridges;

In respect of item one above, if the amount is less than $300, an immediate deduction for the work-related portion can be claimed; otherwise it must be written off over the effective life of the asset.

In respect of depreciation of home office furniture and costs in two above, the ATO applies some useful administrative rules so as to allow either a reasonable portion based on a reasonable test of the actual expenses incurred or a flat rate of 80 cents per hour (this rate was lifted in the last 48 hours from 52 cents per hour). This flat rate includes heating, cooling, lighting, cleaning and the decline in value of furniture, so if using the flat rate, you can’t also claim depreciation on office furniture although it can still be separately claimed for office equipment.

If applying the former, the receipts will be needed together with a detailed explanation of the basis of apportionment such as floor space used for work purposes relative to total work space in the house. If the latter, a record can be kept of hours worked from home or a diary should be maintained for at least 4 representative weeks to record the amount of time the home is used for work purposes. For example, if as a result of the COVID-19 issue, 25 hours of a working week is conducted at home for 12 weeks in the year to 30 June 2020, $240 can be claimed as a deduction (25 x 12 x 0.80).

Mobile phone usage is also subject to some administrative short-cuts with a standard $50 fixed deduction per year being allowed. Otherwise, an apportioned deduction based on actual expenses is required – and that can be quite rigorous, requiring a diary to be kept for a representative 4-week period.

Generally, occupancy or ownership expenses cannot be claimed by employees. This includes expenses such as interest on mortgages, rent, council rates and land tax. All such items relate to costs associated with occupying the premises as a whole – as opposed to running costs associated specifically with working from home.

The only genuine qualification to this exclusion arises if there is a dedicated area which is dedicated as a workplace. An example would be a doctor’s surgery run from the doctor’s home. However, it can apply in other less clear-cut examples as well.

There is a downside to consider: if a claim is made for occupancy or ownership expenses, the capital gains tax main residence exemption will be compromised. It is not so compromised if only operational (running) expenses are claimed.

What about other equipment and services needed to work from home?

Many employees are working from home for the first time. To facilitate this, equipment and services such as laptops or other mobile devices, webcams , headsets, cloud-based platforms for video and audio conferencing and webinars have been quickly purchased in the last few weeks .

That seems to be the broad picture for now, as we head into this uncertain and difficult period. The rules were designed for an era when working from home was the exception not the rule. To a large extent that has changed hopefully only for a limited period of time.

The ATO has already responded by lifting the flat rate mentioned above from 52 cents to 80 cents per hour. Whether any further changes are likely to be forthcoming is an open question, but I do think it is one that requires active consideration – the goalposts have moved; perhaps the rules need to be further reviewed.

Contact us if you have questions on how these deductions work with your business.

How to kick-start your small business - 10 ways to convert ideas into action Business owners: Is your lack of an effective inventory management system hiding the truth? Document processes & procedures - so it won’t matter when Joe doesn’t turn up for work Grow your business the smart way: 4 steps to achieve sales growth for profit…
Previous Next